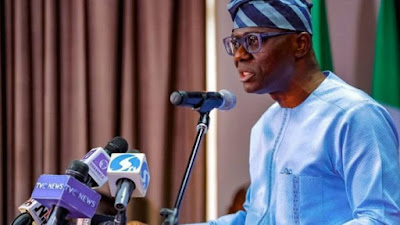 Gbenga Omotoso, the state’s Commissioner of Information and Strategy, said in a statement on Friday, October 30, 2020, while stating that the governor believes Lagosians are peace-loving and friendly people.

Following the shooting at and killing of peaceful protesters at the Lekki Toll Plaza on Tuesday, October 20, 2020, by men of the Nigerian Army, Lagos had witnessed a wave of violence which ensued as the aftermath of the #EndSARS protests.

Both public and private buildings were vandalised and looted with losses running into billions of naira, according to the government.

Omotoso did not provide details about what the governor’s thoughts on fake news were, but public officials in the state have blamed social media misinformation for the violence in the state.

Many lawmakers in the Lagos House of Assembly during plenary earlier in the week had attested that social media influencers and celebrities escalated the situation.

The lawmakers also called for regulation of the social media, a position that led to outrage from Nigerians on social media.

The governor, therefore, urged Lagosians to go about their businesses in peace and shun actions that will threaten unity in the state.