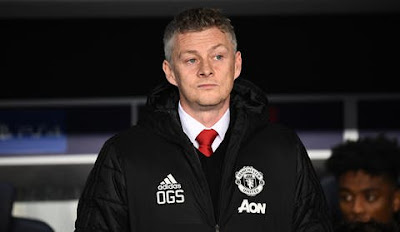 Manchester United have confirmed that manager, Ole Gunnar Solskjaer, will be without three key players when they host Chelsea in Saturday’s Premier League clash at Old Trafford.

The players are Jesse Lingard, Eric Bailly and Anthony Martial.

Lingard and Bailly are currently injured, while Martial is on suspension after picking up a red card in Man United’s Premier League 6-1 defeat against Tottenham Hotspur earlier this month.

Man United head to the match after beating Paris Saint-Germain 2-1 in the Champions League in their previous match earlier this week.

Chelsea, meanwhile, played a 0-0 draw with Sevilla at Stamford Bridge.