#EndSARS: Tinubu warns protesters, tells them what to avoid 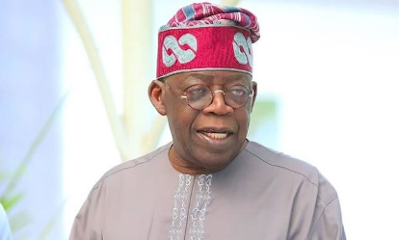 Bola Tinubu, a National Leader of the All Progressives Congress, APC, on Tuesday, warned End SARS protesters against creating a platform that would lead to the destruction of Nigeria’s democratic process.

Tinubu pointed out that protesters must not abuse their right of demonstration by impeding on the country’s democratic right.

In a statement he personally signed, the former governor of Lagos State said protesters must not bar others from movement.

The statement reads partly: “However, the protesters must be careful not to set the stage for the erosion or destruction of the same democratic process that gives them the freedom and right to protest in the first place.

“Their democratic right to protest must not be exercised in such a way that impedes the democratic right of other citizens to freedom of movement, expression and the liberty to pursue their livelihoods.

“The fight for police reforms is surely to promote and protect the wellbeing of millions of Nigerians. It is a contradiction for the protesters to act in ways that will further worsen the economic well being of the very people they are fighting for.”