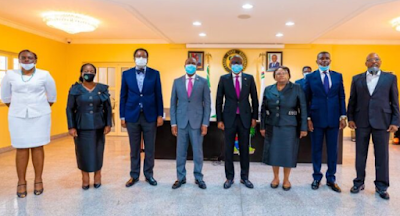 Babajide Sanwo-Olu, governor of Lagos, has sworn in members of the judicial panel of inquiry and restitution established to investigate cases of human rights abuses by operatives of the disbanded special anti-robbery squad (SARS).

The panel, chaired by Doris Okuwobi, retired justice of the state high court, was sworn in at the State House, Marina, on Monday.

On Thursday, the governor announced the establishment of the panel, saying the decision is based on agreements reached at the national economic council (NEC) meeting presided over by Vice-President Yemi Osinbajo and attended by all the governors.

He said the objective is to bring erring officers to justice and get compensation for the victims.

The panel will hold its first sitting today at the head office of the Lagos State Waterways Authority at Falomo Roundabout, in Ikoyi.

Some members of the panel include Ebun Adegboruwa, a senior advocate of Nigeria (SAN); Taiwo Lakanu, a retired deputy inspector general of police; Patience Udoh, a representative of the civil society; Segun Awosanya, a human rights activist; and Olutoyin Odusanya, director of Lagos Citizens Mediation Center.

Hearing of the cases is scheduled between 10am and 4pm everyday.

In a series of tweets on Sunday, the governor had detailed the duty of the panel, some of which include compensation of victims, prosecution of erring officers, and recommending better ways of avoiding cases of police brutality in the state. 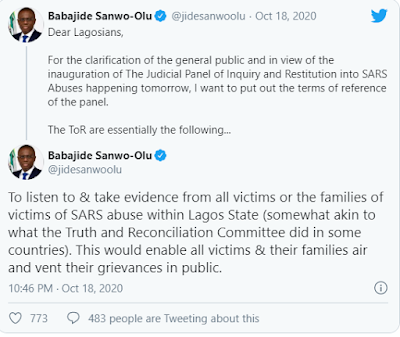 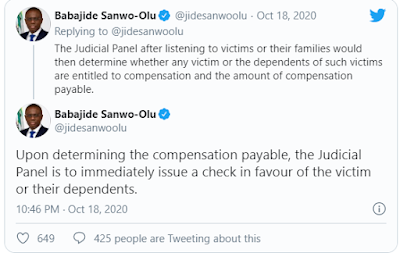 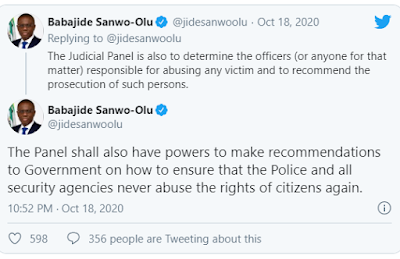 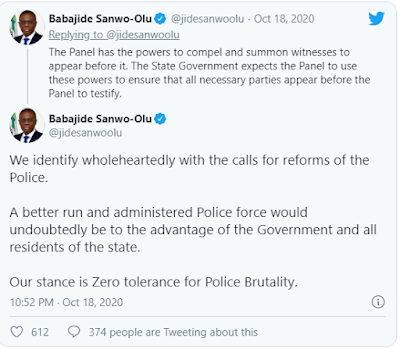 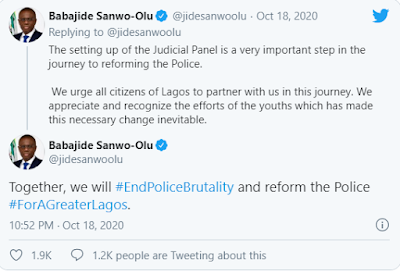 There have been nationwide public demonstrations against police brutality under the #EndSARS campaign for more than one week now.

One of the five-point demand of the protest, which has entered day 12, is an investigation of cases of police brutality with the intention to prosecute erring officers.

The protests have also been held outside Nigeria, just as international figures have joined the calls for reform and an end to police brutality in Nigeria.