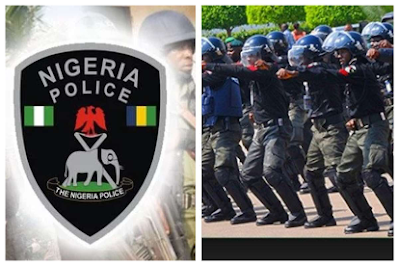 The killing of Policemen with their rifles stolen is trending in Delta State. The latest is the killing of a Mobile Policeman, Inspector Gbadura. He was killed at a filling station in Etuwewe junction along Deco road in Warri on Thursday night about 9 pm.

She said,”True, you already have the same details I have”.

This is coming after a Policeman and a civilian were recently killed at Eku Community in Ethiope-East Local Government Area.

Another Mobile Policeman was also killed on Sunday, October 11 at a shopping mall in Osubi, Okpe Local Government Area. He was killed for daring to stop the gunmen who were trying to burgle into the shopping mall.

All of these are happening as the #ENDSARS# protests continues nationwide inspite of the ban on the activities of Officials of the “Special Anti-Robbery Squad” by the Inspector-General of Police, Mohammed Adamu.

With the developments, the lives of Policemen seem to be in great danger in Delta State, Nigeria as no one including the media speaks for their interest.

The Divisional Police Officer,”B” Division in Warri, CSP Benjamin Igometi was in a state of mourning when Our Correspondent him over the mobile policeman who was shot dead. He couldn’t speak enough. He was so cold as he managed to confirm the report.

The roads in Delta State are almost lacking in the presence of Policemen on the roads.

After the ban by the IGP that all SARS Officials should leave the roads, about 20 persons were kidnapped along the Ughelli road in Agorfure motors, a commercial tricycle and other private vehicles.

The absence of the Policemen whether good or bad is giving rise to the activities of the criminals in the State and elsewhere in the Country.

In a telephone chat with Our Correspondent in Warri, the Delta State Commissioner of Police, CP Mohammed Hafiz Inuwa bemoaned the spate of killing of Policemen by gunmen in the State.

CP Inuwa said the police will do all it can unravel the brains behind the killing of Policemen in the State.

While noting that no one is speaking for the interests of the Policemen who are also citizens of the Country as the #ENDSARS# protests, CP Inuwa said the protesters blocked the Onitsha head bridge from the Asaba end yesterday.

He said, he has warned his men not to provoke the protesters who are equally looking for who will provoke them so that they start destroying the properties of innocent Nigerians as well as attacking Policemen in the process.