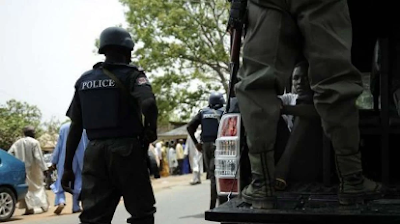 Teams of policemen are raiding some parts of Delta State to arrest youths.

This may not be unconnected with the End SARS protests.

A rally in Ughelli on Thursday ended on a fatal note.

A policeman was allegedly killed by unknown persons.

He was attached to ‘A’ Division in Ughelli.

The IGP said the deceased’s service AK47 rifle with breach no 56-2609008 and 25 rounds of live ammunition were stolen.

The police chief vowed that the security arm would no longer tolerate any attack on law enforcement personnel.

Adamu ordered the Commissioner of Police in Delta to arrest and prosecute the culprits.

Happening right now in Ughalli Delta State, @PoliceNG are going house by house, hotel by hotel arresting any Nigerian youth they can lay there hands on.