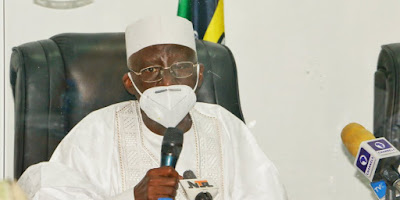 The Federal Ministry of Police Affairs has waded into the allegations of human right abuses against officers of the dreaded Special Anti Robbery Squad (SARS).

The ministry stated this via its verified twitter handle on Monday.

“The Servicom unit of the Ministry of Police Affairs has been mandated to work closely with Police Public Complaint Unit and Police Service Commission to thoroughly investigate cases of infraction against SARS personnel,” it said.

The announcement from the ministry, which is saddled with police matters only, is coming 24 hours after the Inspector General of Police, Mohammed Adamu, banned some police units from operating on the roads following public outcry against activities.

Vice President Yemi Osinbajo had on Sunday expressed ‘anger’ at the activities of these police formations.

Nigerians have over the past 48 hours thronged social media to protest against police officers who harass, assault and kill innocent citizens.

Nigerians have lamented the activities of the police unit, FSARS, using the #EndSARS code on social media.

Many young Nigerians recounted their sad experiences in the hands of the police unit.

The SARS unit has been accused of several human rights violations especially of young Nigerians who are seen carrying laptop computers.

The call for the abolition of the unit grew louder on Sunday with the police in Lagos, Nigeria’s commercial capital, pledging to cleanse its ranks of officials found culpable of improper acts.

The latest #EndSARS campaign is not the first. A previous one last year led to the formation of a presidential panel to review the activities of the police unit.

President Buhari last year ordered the implementation of the report of the panel. However, nothing seems to have changed since then until the Sunday directive.