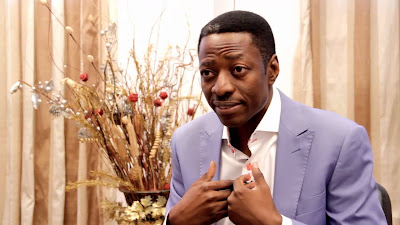 The Senior Pastor of Daystar Christian Centre, Sam Adeyemi on Tuesday called on President Muhammadu Buhari to stop the police from attacking Nigerians protesting against the Special Anti-Robbery Squad, SARS.

Adeyemi also called on the Federal Executive Council, FEC, members of the National Assembly and governors to ensure that the police stop attacking peaceful anti-SARS protesters.

Police officers had used hot water, shot live bullets and teargas in the bid to disperse anti-SARS protesters in Lagos and Abuja.

“Many of us in government were protesting on the streets 26/27 years ago after the annulment of a free and fair election. Some had to escape out of Nigeria. Our heroic acts birthed this democratic dispensation to a large extent. The young ones are only continuing the journey.

“It is, therefore, totally deplorable that we would lead a government under which the police would spray water, throw teargas and shoot at peaceful protesters. Please order them to STOP THE ATTACK ON CITIZENS PROTESTING PEACEFULLY IMMEDIATELY. They should rather protect them.”