#EndSARS: Omokri reacts to Davido’s denial of protests against police in IGP’s office 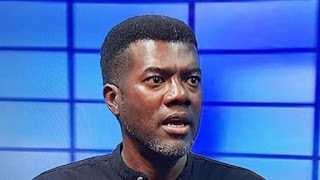 A former aide to ex-President Goodluck Jonathan, Reno Omokri, has said that David Adeleke, popularly known as Davido, was ‘diplomatic’ during his meeting with the Inspector-General of Police, Mohammed Adamu on Monday.

Omokri said this while reacting to Davido’s denial of being part of the Nigerians that participated in the protest, calling for the end of the Special Anti Robbery Squad, SARS, protest in Abuja.

Davido, who was seen at the protest ground on Sunday in Abuja, disclosed that he was in the nation’s capital because of his fans and he came to the protest venue to calm things down.

The 27-year-old singer had insisted that he wanted an open-door meeting, but the IGP said, “How can you come here for a close-door meeting when you were protesting yesterday, and you identified with the protesters?

Reacting, Omokri in a series of tweets, applauded Davido for coming out to associate with Nigerians during #End SARS protests, adding that he was proud of him.

He also said that Davido displayed wisdom and not cowardice at the IGP’s office.

Omokri tweeted on Monday: “I just watched the video of @Davido. What I read in the media was hyperbole. He was not jittery. Yes, he was diplomatic. There’s nothing wrong with that. It is not cowardice. It’s wisdom. Scripture teaches that. Those accusing him of betraying #SARSMUSTEND are being unkind to him.

“Retweet this to appreciate @Davido for coming out to associate with Nigerians during #SARSMUSTEND protests and shame those sons of Belial who are spinning his wisdom as cowardice and his diplomacy as hypocrisy. If my son behaved as Davido did at that meeting, I’d be PROUD of him!”