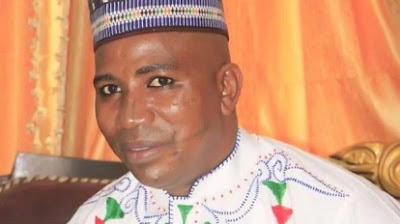 The National President of Miyetti Allah Kautal Hore, Bello Abdullahi Bodejo, has claimed that a desperate politician from the Southwest was sponsoring the #EndSARS to overthrow President Muhammadu Buhari government.

Bodejo called on President Buhari to deploy soldiers to crush the protesters, pointing out that the protests were meant to bring down the government.

It’s no longer news that Nigerian youths have been protesting for over two weeks now, calling for total overhauling of the police and an end to police brutality.

The Fulani leader said he supported the protest hundred per cent at its beginning because most members of the F-SARS have been very brutal to Fulani people.

He said, however, that after few days of protests, with the government promising to address their demands, yet the the protest continued.

According to Bodejo, this shows that there was more to the protest that many people did not know.

“There is a hidden agenda in the protests,” he insisted.

He noted that after Inspector General of Police Mohammed Adamu had disbanded SARS, the protesters who were supposed to gone home, instead added other things to their lists.

“From all indications, not just politicians, but a desperate politician in the Southwest is behind this movement, that is why we are no longer keeping quiet, and we have decided to let the nation know what is happening because most people were not aware or have not read meaning into what is happening.

“It is no longer protest; a desperate politician who felt he has lost out in the 2023 scheme is drumming for these our youths.

Bola Tinubu, a former Lagos State governor and National Leader of the All Progressives Congress, APC, had recently denied being responsible for the ongoing