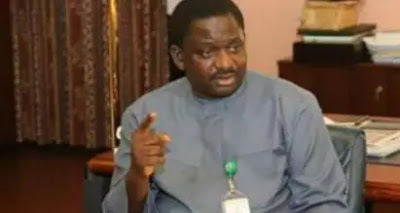 The Special Adviser to the President on Media and Publicity, Femi Adesina, says he has been receiving curses and messages from hell due to false reports that he was against the #EndSARS protests.

Adesina, who is the President’s most senior spokesman, said this in an article titled, ‘An Enemy of the People’ published on Thursday evening.

He said an online medium had falsely accused him of telling the President, Major General Muhammadu Buhari (retd.), to ignore the protests and not give in to the demands of ‘Twitter warriors’.

The President’s spokesman said someone went ahead to post his telephone numbers on social media which led to him receiving calls and hate messages.

Adesina stated that he received a second round of attacks when an old interview he had granted Channels Television on the ‘Revolution Now’ protests was twisted to make it appear as if he was referring to the #EndSARS protests.

The President’s spokesman thanked Channels TV for clarifying the interview but said despite the move by the television station, the attacks did not stop.

He wrote, “Those who wanted to, believed the television station. A large number chose not to, and bombarded my phone lines with curses, expletives, and messages from the pit of hell. Well, if anybody chooses to belong to that nether region, it’s a matter of choice.

“Talking about the bombardment of my phone lines, it had begun on Sunday. A hateful mind had published my two numbers on Twitter, urging people to troll me. They called till the phone batteries went dead. Mum was the word from me.”

Adesina said he never advised the President to ignore the #EndSARS protests rocking the nation.

He stated that the online medium that published the report did not give him a chance to respond to the allegations thereby opening him to attacks.

Adesina claimed many people hated him because they were envious of his position as the President’s spokesman.

He, however, said he would remain loyal to the President, describing him as his hero.

Adesina stated, “Now, why do I think people try to demonize those in government, and bring them down? Many reasons. Evil hearts. The heart of man is evil, and desperately wicked. If you are in any form of elevated position, they would love to see you fall. Man is in a fallen state, and the more they see you bite the dust, the happier they are.

“As spokesman for the President, they have told themselves you were lying before you opened your mouth to talk. Ask them to mention one lie told to them in five years, and they then begin to look like fools, people with addled minds.

“Again, envy consumes them. Why should he be presidential spokesman, and I can’t be? Does he have two heads? Why should he be earning that fat pay (lol, very fat, indeed, as fat as Super Dee of Africa) and I am not the one earning it?”

Adesina said he recalled his first meeting with the Sultan of Sokoto, Muhammad Abubakar, when he had just been appointed as the President’s spokesman.

He said the monarch had forewarned him about the tedious task of being the President’s spokesman and so he was not surprised by the myriad of challenges he had faced.

Adesina added, “I had known him long before then, and he calls me Kulikulii, which is my email address, which I’d chosen for some comic relief.

“The Sultan said on that day: ‘Kulikulii, you have come to do a most difficult job, a thankless job. See what happened to those before you. That is the way people will want you to end. But if the work was thankless for others, for you, it won’t be so.’

“The Sultan was prophesying, and I said a resounding amen, thanked him, and left. I’ve not forgotten that encounter, and sure won’t.”