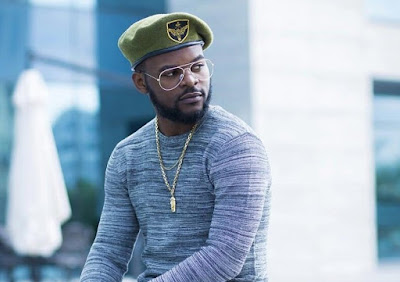 Folarin Falana, a Nigerian rapper better known as Falz, says he is not afraid of being killed for his involvement in the #EndSARS protest.

The gifted rapper has been vocal in his support against the campaign aimed at ending police brutality in Nigeria.

In an interview with CNN’s Christiane Amanpour on Thursday, the ‘Bop Daddy’ crooner said there was no point being afraid of dying in a country like Nigeria where death is commonplace.

Buttressing his point, the award-winning singer cited the widespread poverty and dearth of facilities essential for healthy living in the country.

“I am not afraid for my life because of where we are right now. I feel like I can easily die by anything else anyway,” he said.

“We have a non-existent healthcare system, for example. We have a seriously high level of poverty; there is unemployment

“We are in a critical state because of the level of corruption and mismanagement of funds that we continue to see on a daily basis.

“I can have an accident on my way to work and die because the state of healthcare is nothing to write home about. People have to travel abroad to have proper healthcare.”

“It’s infuriating, annoying and frustrating. And I think that’s how everyone is feeling right now,” he added.

“They just think we are stupid. It is insensitive.”