#EndSARS: He was killed by thugs – Oke’s brother narrates ordeal 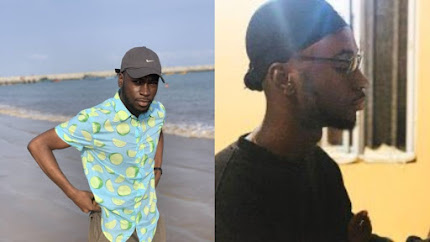 It was earlier reported that Obi-Enadhuze was killed when he was hit by a stray bullet that cops shot into the air to disperse some hoodlums.

Obi-Enadhuze, a software designer who helped designed an app used for ordering blood donations for Life Bank Services died three hours after he had tweeted “Nigeria will not end me.”

A product designer and fresh graduate of Computer Science from the Federal University of Agriculture, Abeokuta, who wrote his final examinations in January, was also awaiting mobilization for the mandatory national youth service.

However, a man with @DanielOE16 handle on social media who claimed to be Obi-Enadhuze’s younger brother has given a different account of what has been circulated on social media.

According to Daniel, the thugs who attacked the police station infiltrated their house by breaking the door to ransack the house and carted away with everything stabbed his brother in the neck.

Good day, My name is Obi-Enadhuze Daniel younger brother of the now deceased Okechukwu Obi-Enadhuze @O_Okee . I, my brother and mother lived at makinde police barracks, mafoluku, Oshodi, Lagos State. Today at about 11 o'clock in the morning... https://t.co/CSmvFitFBe

... the police station at makinde was attacked by thugs who wanted to destroy the station, I my mom and brother were holed up in our house, The attack went on for hours before the thugs eventually breached the police and proceeded to set the station on fire, after accomplishing..

...this they set their sights to the barracks and began the assault, they proceeded to destroy every car in the barracks, my mom's 2 cars where destroyed and set on fire and then they infiltrated our house by breaking the door...

...but got my chin instead, after this my mom and I carried my brothers body to the entrance of the station soliciting for help from the thugs still ravaging the barracks, we were finally able to put him in a wheelbarrow and took him to a hospital where he was...

... rejected because "he was already dead" unfazed we moved him to another hospital where he met the same treatment this was where he bled his last drops of blood and died, his body has now been moved to a morgue...