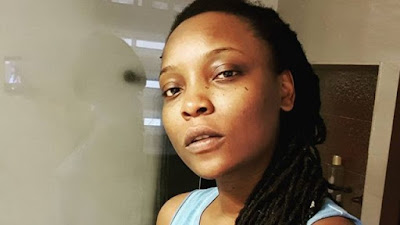 Obianuju Catherine Udeh, popularly known as DJ Switch, was present at the scene of the Lekki toll gate massacre has made shocking revelations regarding the incident.

It would be recalled that military officers fired live rounds at Lekki protesters for defying the curfew announced by Jide Sanwo-olu, Lagos state Governor.

In the same vein, Sanwo-olu said “forces beyond his direct control” was behind the “incident”

There was no mention of the massacre in President Buhari’s live broadcast on Thursday evening.

However, DJ Switch who filmed the massacre in a live Instagram video with over 220,000 users streaming, has blasted the federal government to stop insulting the intelligence of citizens with the denial.

She said military officers fired live ammunition at the protesters who were waving the national flags and singing the National Anthem.

DJ Switch also implied the massacre was well planned as all the street lights and electronic billboards were conveniently switched off.

The female DJ revealed no fewer than 15 persons were murdered in cold blood by the military officers who appeared determined to kill them all.

She refuted the lies being purported on social media that 78 persons were killed.

However, she admitted she made a mistake by dumping the dead bodies at the feet of the soldiers when things seemed a bit calm.

According to her, the soldiers dumped the bodies in their vans which could have served as evidence in court.

SEE HER VIDEO BELOW;