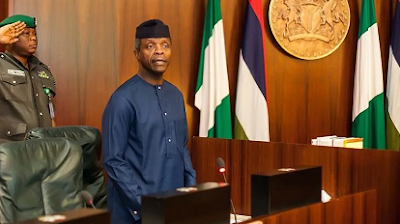 Vice President, Prof Yemi Osinbajo and Governors of the 36 States of the federation, FCT Minister, Central Bank Governor, Inspector General of Police, representatives from the Military, the Directorate of State Security, and the National Human Rights Commission, on Monday had an emergency National Executive Council meeting in Abuja over the fallout of the #EndSARS protests.

The meeting reached a resolution and appointments were made into a newly established committee.

The NEC meeting lasted for more than four hours as deliberations were made and solutions were sought to bring peace to the various States where the youths have been on rampage.

According to details of the meeting provided to newsmen by the Vice President’s Spokesman, Laolu Akande, a resolution was reached by the Council that the deeper issues behind the #ENDSARS protests and its fallouts should be addressed by both the Federal and the State governments.

The Council committee made up of three Governors of the Peoples Democratic Party, PDP, and three All Progressives Congress, APC governors, representing the six geopolitical zones, is chaired by the Vice President.

The committee will engage the youths, representatives of Civil Society Organizations, religious and traditional leaders on employment, social safety net programmes and national unity, among other key issues of concern.

“The Committee which is to commence work immediately will develop a comprehensive framework under the auspices of the Council that would coordinate joint actions and steps to be taken by both the Federal and State Governments to examine the fundamental issues underlying the protests and arrive at effective solutions, including how to enhance Nigeria’s national security,” the statement revealed.

It added that while supporting President Muhammadu Buhari’s commitment to a complete overhaul of the nation’s security services, NEC also commended the Nigerian Police and Security agencies for their handling of the disturbances in some States of the Federation.

The committee maintained that most personnel of Nigerian security agencies are law abiding and are capable of restoring law and order in the country. 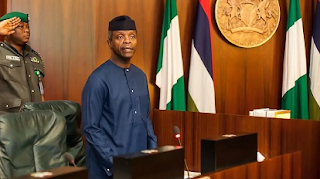