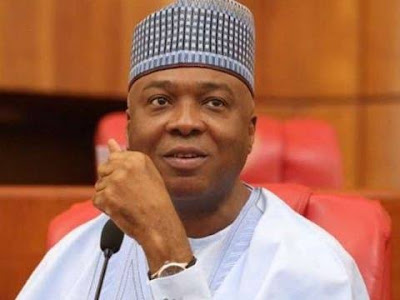 He warned of looming danger if the protests are not cautiously handled.

In his opinion on Sunday, Saraki said the nation is bearing witness to a well-organised and largely orderly youth protests, a clear manifestation of the frustration felt by the youthful citizens.

He stated that Nigerians are voicing their response to the increasingly harrowing scenes of random and unjustified harassment, intimidation, detention and extrajudicial killings by SARS.

Saraki said the current situation is too important and above individual vanities.

He urged all those who can to stand up and speak out on the issues Nigerians collectively face.

The former lawmaker said in his opinion, #EndSarsNow, #EndPoliceBrutality is not one bit about politics.

He stressed that it’s about young people whose agitation and raised voices are demanding protection of their daily rights and liberties, to live, associate, and work, productively in peace.

Saraki described as awful, the manner SARS arbitrarily pick up youths simply because of dress, hairdo, and others.

“There is a danger in the escalation of any protest movement, and #EndSARS is no different. Escalation happens when each hour that passes is an hour when we seem to have not listened to the protesters and taken their grievances seriously.”

Saraki said the initial response of the Inspector General of Police, Mohammed Adamu to #EndSARS, in which he gave various directives about the squad can be read as an admission that many things are wrong.

The former Kwara Governor noted that in analyzing the atrocities of SARS, it is clear that its history has been beleaguered by the institutional vandalism and emasculation of leadership in policing, the militarisation of policing for regime security and impunity of security services and neglecting long-standing reforms designed to improve public confidence.

Saraki told leaders that ignoring the wishes of the people is never a good stratagem.

He paid tribute to the victims of Police excessive reaction to the #EndSARSProtest, including Jimoh Isiaka who was murdered in Ogbomoso, and protesters injured in different locations and states.