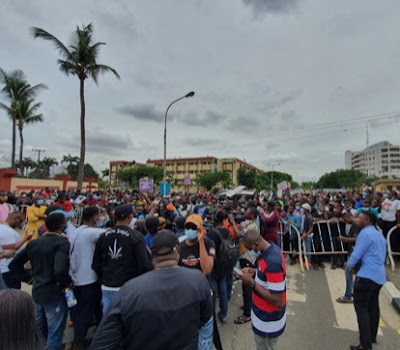 The social movement advocates against police brutality and all racially motivated violence against black people.

BLM has tens of millions of supporters in America and across the globe.

“Horrible to hear what’s been going on in Nigeria. Let’s make this a trending topic everywhere #EndSARS.

“My thoughts go out to everyone who has been affected. #EndPoliceBrutality”, he tweeted to his 25 million followers.

Other international stars are using their social media accounts to raise awareness.

John Boyega, Trey Songz, Moneybagg Yo, Estelle, Chance The Rapper, Naomi Campbell, among others have tweeted in support for Nigerian protesters against SARS.

The Police unit (Special Anti-Robbery Squad) has over the years killed and assaulted unarmed citizens.