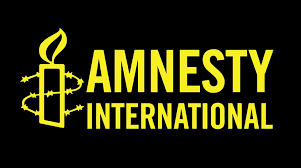 Amnesty International has said that an on-the-ground investigation confirms that the Nigerian Army killed “at least 12 peaceful protesters” on Tuesday night at two locations in Lagos.

A statement on their website claims the “killings took place in Lekki and Alausa”.

Governor Babajide Sanwo-Olu of Lagos State earlier on Tuesday, had insisted that only one person had died, following the shootings at the Lekki toll gate yesterday.

“Soldiers clearly had one intention – to kill without consequences.”

The statement added that CCTV cameras at the Lekki toll gate were removed by “government officials and the electricity cut off – a clear attempt to hide evidence”.

“As in previous cases documented by the Amnesty International, some of those killed and injured at both grounds were allegedly taken away by the military.

“These shootings clearly amount to extrajudicial executions. There must be an immediate investigation and suspected perpetrators must be held accountable through fair trials. Authorities must ensure access to justice and effective remedies for the victims and their families,” Ojigho added.