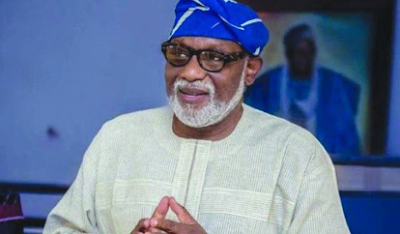 Following the continued protests by youths under the End SARS campaign, the Governor of Ondo State, Oluwarotimi Akeredolu has ordered the immediate closure of schools across the state.

The move by the governor was disclosed in a statement issued by the State Commissioner for Education, Science and Technology, Femi Agagu.

The directive was coming a few hours after parents in the state urged the state government to close all schools for the safety of the children.

According to the Education Commissioner, “Mr Governor has directed that all schools that resumed on Monday 19th October 2020 be closed for the meantime from tomorrow 21st October 2020 because of the engulfing nationwide protest and the need to ensure the safety of our students and staff.

He added that parents and the public are to note the directive and all schools are to comply immediately.

“Any inconvenience is regretted, while the State Government would ensure the resumption of our schools as soon as possible.”