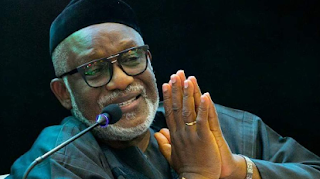 Governor Oluwarotimi Akeredolu of Ondo State has declared a 24-hour curfew on the state.

The curfew was declared on Tuesday following days of protests embarked by youths in the state as well as in other parts of the country under the End SARS campaign.

With the state yet to experience violent protest on the part of the protesting youths, Akeredolu stated that the move was to forestall breakdown of law and order as witnessed in other states.

According to the governor, the curfew will commence at 12 am on Wednesday with exception to those on essential services.

The curfew was declared during a statewide broadcast by the governor on Tuesday evening.