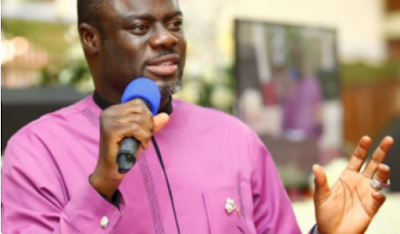 Isa El-Buba (pictured), general overseer of the Evangelical Bible Outreach Ministries (EBOMI) in Jos, the Plateau state capital, has been invited by the Department of State Services (DSS).

According to The Punch, the prophet was invited to the DSS’s Jos office on Tuesday.

El-Buba’s invitation appears to be connected with the #EndSARS prayer walk which held in the state on Sunday.

Thousands of Christians had staged a prayer walk around the city over “bad leadership and the pathetic state of the nation”.

The prayer walk, which started at about 2pm at Old Airport Junction to various parts of the state capital, was led by El-Buba and other clergymen.

The newspaper quoted a church member as saying El-Buba is yet to be freed after he arrived at the DSS’s office around 10am.

Meanwhile, the peaceful protest in the state reportedly turned violent earlier on Tuesday at Jos Terminus and Ahmadu Bello way as hoodlums hijacked the demonstration.

Several people were said to have sustained injuries while vehicles were reportedly burnt and smashed.

The #EndSARS protests, which have been raging across Nigeria, is now in its 13th day.

Despite the scrapping of the special anti-robbery squad (SARS), the protesters have vowed not to leave the streets until all of its other demands are met.