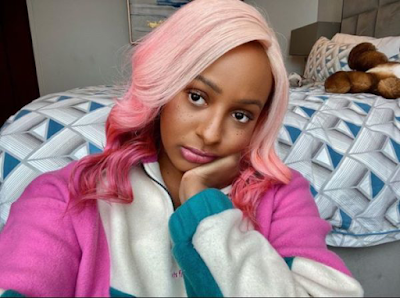 Popular DJ, DJ Cuppy has addressed her absence during the protests against operatives of the Special Anti-Robbery Squad (SARS) saying she’s quarantined.

The 27-year-old entertainer took to her Twitter on Tuesday in response to the continued criticism from Nigerians over her obvious absence at the protests, which had sought to end the police unit’s attacks on unarmed citizens.

Cuppy, who said she’s irritated about not being able to join her fans, noted that she’s doing all she can virtually.

“As much as I’m currently doing all that I can whilst here in quarantine, honestly, it does not feel the same as being out on the streets making history with my fellow Nigerian youth,” the singer wrote to her 2.4 million followers.

In a previous comment, Cuppy had apologized for her continued silence on the movement against SARS operatives.

“Going against the advice of those around me, but it doesn’t feel right. Silence can say so much. My fellow Nigerians, forgive me for taking so long to comment,” she had explained in response to pressure from her fans.

“I would be lying if I said I’m directly affected by SARS but a lot of my Cupcakes are and that’s enough for me to care. I stand behind the movement to #EndPoliceBrutality AND #EndSARS.”

Amid the backlash, Cuppy had stated that her nonappearance was to comply with COVID-19 protocols which stipulate that those coming into the country must self-isolate for seven days or face prosecution.

She also cited an example of Davido, who recently protested, saying the singer must have flown a private aircraft.

“Everybody’s circumstance is different. I have personally been warned of possible prosecution. I flew commercial from Dubai and Davido probably flew private. More importantly, SARS must end,” she had written.

“After rushing to fly back home; wondering why you haven’t seen me out protesting? Since arriving in Lagos ‘THEY’ have warned that I must self-isolate for 7 days due to Nigerian COVID19 laws or face prosecution!”