Davido, Burna Boy and I just scratching surface… next generation will do better -Wizkid 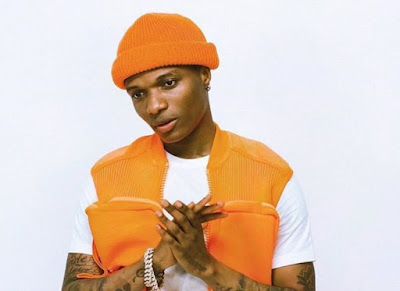 Wizkid, an Afrobeats singer, says the next generation of singers in Nigeria will surpass himself as well as Davido and Burna Boy.

In an interview with Arise News to commemorate Nigeria’s 60th Independence anniversary, the ‘Fever’ crooner charged young people not to give up on their dreams.

He said his rise from the streets of Ojuelegba, a suburb in Lagos, to fame is symptomatic of the fact that nothing is impossible.

“I came from Ojuelegba, I’ve gone through years of immense hard-work and I am here now,” he said.

He also said while the trio have achieved remarkable strides, the crop of singers coming after them would take the country’s music landscape to an entirely different level.

“I would love for the young people in Nigeria to see that nothing is impossible. I, Burna and David are just scratching the surface, the next generation is going to take it to the next level, so keep believing,” he said.

On the country’s Independence Anniversary, the gifted singer urged Nigerians to go beyond lamenting over the bad state of the nation, noting that such would not change anything.

“I had this conversation with a friend the other day and I was like, we can talk about how crazy and bad the country is from A-Z but it’s not going to change anything,” he said.

He added that “the most amazing thing we can do is really to empower the youth.”