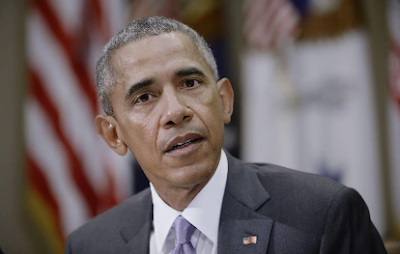 Former US President, Barack Obama has joined other leaders all over the world to wish his successor, Donald Trump recovery from coronavirus disease.

It was reported that Trump had announced that he and his wife, Melanie tested positive for the virus.

Following the development, he was later taken to the military hospital in Maryland where he will be spending some days while receiving medical attention.

Reacting, the Former President, in a tweet via his Twitter account on Friday said he and his wife pray for a quick recovery for the President and his wife, Melanie Trump.

Michelle and I hope that the President, First Lady, and all those affected by the deadly virus around the country are getting the care they need and are on the path to a quick recovery.

“It is obvious that we are in the midst of a big political battle right now, and while there’s a lot at stake let’s also remember that we are all Americans.

“We are all human and we want everyone to be healthy, no matter our party,” he said. 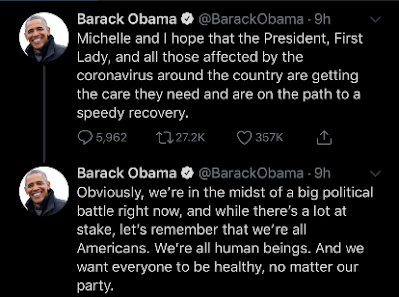