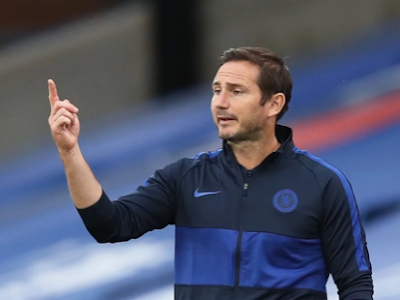 Chelsea boss, Frank Lampard, has warned his players of the pressures they will face when their 2020/21 Champions League campaign starts on Tuesday night against Sevilla at Stamford Bridge.

Lampard said he expects his players to learn from last year’s Champions League and to fully understand the task at hand when they tackle Sevilla.

Lampard’s men were knocked out of the Champions League round of 16 by eventual winners Bayern Munich last season following a 7-1 aggregate.

Chelsea head to the match following a 3-3 draw against Southampton in the Premier League over the weekend.

“The players that were here last year, and talking about the young players particularly in the Bayern Munich games because of the strong opposition, it would have been a learning curve for them,” Lampard told Chelsea’s official website on Monday.

“That is the Champions League; it is the top club competition in world football.

“They’ll be better for it; they’ll want to improve this year. We’ll see how much they’ve learned.

“Of the players we’ve brought in, some have more Champions League experience than others. We generally have younger players, so it is important we try and make sure we learn any lessons as we go because the Champions League is so cut-throat.

“You’ve to have absolute focus because of the level of teams you are playing, and particularly as we start against Sevilla.”