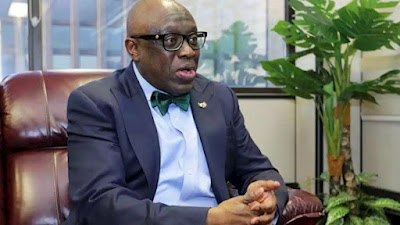 Nigeria’s High Commissioner to Canada, Adeyinka Asekun, says the country is unfairly denying a lot of Nigerians visas, including students.

Asekun said many Nigerians were eager to study in Canada but were denied the opportunity.

He spoke on Thursday at a webinar on Nigeria’s 60th Independence Anniversary organised by the mission, NAN reports.

Asekun expressed the hope that the issue would be addressed in the draft bilateral agreement both countries have been working on.

“Canada and Nigeria have for some time been working on a draft agreement that addresses a number of areas of mutual concern to both countries. It is our further hope that a video conference call may be set up next spring latest to finalise the terms of this agreement.

“What is most important about this agreement is that it is likely to address a situation in which a lot of Nigerian citizens are being denied visas when they should actually have been granted the visas. We are looking for a situation in which the process will become much fairer and much more predictable,” he said.

He hinted that there are provisions in the agreement which will make it possible for Nigeria to get much better treatment.

Asekun said Nigeria and Canada have shared a long lasting and mutually beneficial relation in various areas since the former’s Independence in 1960.

He acknowledged the Canadian government’s assistance to Nigeria, including its contribution to the establishment of a laboratory in Lagos in 2014 for effective management of infectious disease following the Ebola outbreak.