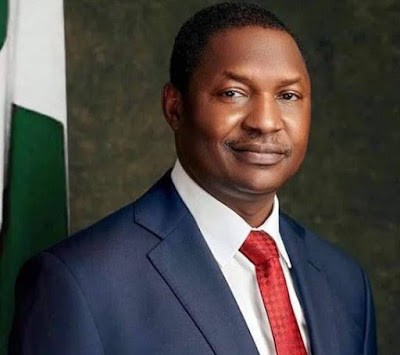 Abubakar Malami, the Minister of Justice and Attorney General of the Federation, AGF, has insisted that the President Muhammadu Buhari-led federal government has outperformed his predecessors from 1999.

Malami explained that the Buhari-led administration outperformed his predecessors in the area of infrastructural development.

The AGF stated this while hosting some members of the All Progress Congress, APC, in Abuja, yesterday.

Malami also maintained that the current APC-led administration has performed more than its critics.

He lamented that the current administration inherited massive unemployment from previous governments.

Malami said Buhari’s administration has been able to complete infrastructural projects past government budgeted funds but failed to execute them.

He said: “Our party has not done too badly. We have great and good stories to tell and that can be established factually and not out of mere rhetorics.

“In terms of infrastructures, this government has done much as well.

“This government has completed the projects that were there in the last 16 years ago; that were budgeted for year in year out without any meaningful progress.”