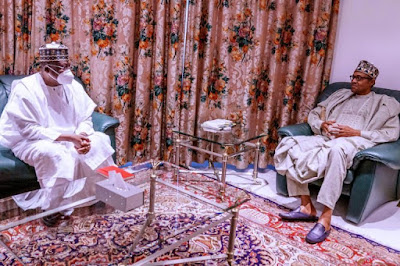 The President of the Senate, Ahmad Lawan, on Sunday assured Nigerians that the Special Anti-Robbery Squad, SARS, unit of the Nigeria Police Force, NPF, has ended.

Lawan made the remark while disclosing that Buhari ordered the dissolution of SARS and not the Inspector General of Police, IGP, Mohammed Adamu as widely believed in sine quarters.

He made the disclosure while addressing State House Correspondents at the Presidential Villa, Abuja, after a meeting with Buhari on Sunday.

The meeting also had the Speaker of the House of Representatives, Femi Gbajabiamila in attendance.

Speaking, Lawan said: “Since the issues raised by the protesters have been accepted by the government, the time has come for the protests to stop. Government needs to have time to implement the demands of the protesters, the protest has yielded the desired result. SARS was ended not by the IGP but President Buhari himself.

“Buhari made a presidential statement and that would be the first time any president would say end SARS and SARS has ended.”