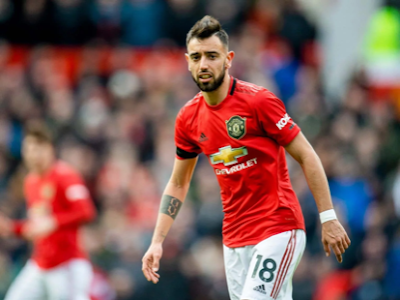 Manchester United midfielder, Bruno Fernandes, has admitted he was “not satisfied” with manager Ole Gunnar Solskjaer’s decision to substitute him at half time of their 6-1 defeat to Tottenham Hotspur.

Fernandes was replaced for the second half, with United down to 10 men and losing 4-1 at Old Trafford.

Since then, there have been reports that the player is not happy with Solskjaer and his tactics.

Speaking after Portugal’s 3-0 win over Sweden on Wednesday, Fernandes insisted that things have been blown out of proportion.

“I was replaced at half-time, it is true, by technical option. The coach told me that the game was almost over and that we would have a lot of games ahead of us.

“I was not satisfied but said nothing that could harm the group,” he told A’Bola.