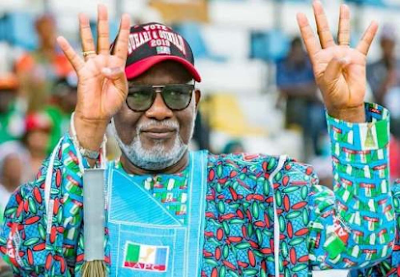 Governor Oluwarotimi Akeredolu of Ondo State has emerged the winner of the governorship election held on Saturday.

Akeredolu of the ruling All Progressives Congress, APC, was declared winner after polling the highest number of votes.

The result was announced by the election’s Chief Returning Officer, Prof. Abel Olayinka who is also the Vice-Chancellor of the University of Ibadan, UI.

The governor who will be spending another four year term in office won in 15 of the 18 local government areas of the state while his rival, Eyitayo Jegede of the People’s Democratic Party, PDP won the remaining three within the Central Senatorial District.

Akeredolu’s deputy, Agboola Ajayi who is the candidate of the Zenith Labour Party, ZLP could not secure any local government.