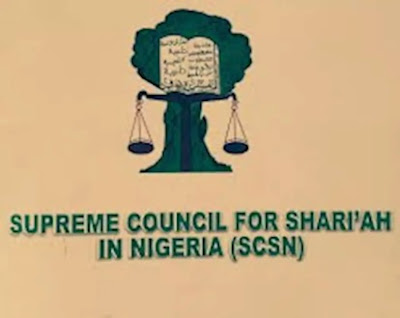 The Supreme Council for Shari’ah in Nigeria has condemned widespread violence in the country.

It noted that some Christian leaders made inciting utterances instead of cautioning their followers.

In a statement on Thursday, Nafi’u Baba-Ahmad, the Secretary General, regretted that the End SARS protest was hijacked.

Ahmad said this was despite SARS disbandment and other actions by federal and state governments.

He stressed that violent protests could destabilise the polity and create civil strife.

The council noted that the End SARS demonstrations will not necessarily translate in fundamental changes in the police force, or bring an end to security violations of citizens’ rights.

The statement said what is required is a complete overhaul of the Nigerian security architecture.

“It is unfortunate and disheartening that some individuals, including notable Christian clerics, rather than cautioning their followers and help contain the escalating violence, they instead aggravated it through their unguarded utterances. We strongly believe that those utterances, sometimes from the pulpit, helped in turning what was presented as a patriotic undertaking into a religious and regional conflict as we are witnessing now,” he said.

The council decried attacks on Muslims and their places of worship and businesses across the country.

“While we always preach and counsel our congregation on the importance of living in harmony, the Council wants to state categorically that we will no longer fold our arms to watch others taking monopoly of violence by attacking innocent citizens around the country,” he added.

Ahmad condole with the families of deceased police officers and all other victims who lost their lives.

The body’s scribe charged the government to take decisive steps to ensure cessation of atrocities and prosecution of perpetrators.

“To the international community, we urge for restraint, impartiality and commitment to truth and fairness in taking positions on issues affecting Nigeria. We are deeply concerned about the one-sided positions often taken by Nigerian allies, such as the UK, US, Canada etc, without recourse to verifiable evidence”, he said.

Citing insecurity and killings in states, the council urged the authorities to use all possible means to secured the country.

The statement called on Muslims to pray for peace and told Imams to urge their congregations to refrain from violence and lawlessness.