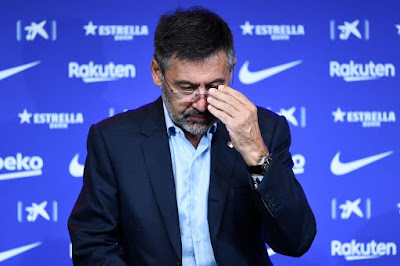 Bartomeu resigned alongside the entire Barcelona’s Board of Directors.

The Spanish football giant announced Bartomeu’s resignation in a tweet via its verified Twitter handle, on Tuesday.

According to the tweet: “President Josep Maria Bartomeu announces the resignation of the FC Barcelona Board of Directors.”

The former Barcelona president had come under intense pressure in recent months but he opted to hold on to power.

Following his resignation, the 57-year-old will not face the vote of no confidence brought against him by the club’s members.