ANALYSIS: Why IGP’s pronouncement on SARS may mean nothing in the end 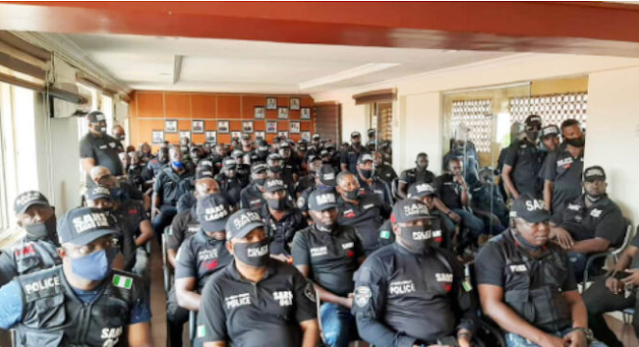 After days of nationwide protest, Mohammed Adamu, inspector-general of police (IGP), announced the dissolution of the special anti-robbery squad (SARS), a unit of the police known for excessive use of force, arbitrary arrests and, in some cases, extrajudicial killing.

At a media briefing on Sunday, the IGP announced that SARS operatives would be redeployed to other police commands, formations and units while a new arrangement will be made to combat crime.

But the big question remains: does this address the concerns about police brutality? TheCable had reported how policemen, including SARS officials, reportedly killed 92 Nigerians in one year. The #EndSARS protest was triggered by incessant cases of brutality.

Before the IGP’s comment on Sunday, the police authorities had at different times announced measures to check the excesses of SARS but nothing fruitful was achieved.

To achieve a meaningful reform, some have called for different measures that would sustain professionalism in the police force.

Joe Abah, a former director-general, Bureau of Public Service Reforms, suggested that the officers must first “undergo psychiatric evaluation before being deployed anywhere else” and any of them found “unfit or with a record of abuse should be sacked”.

Now SARS has been dissolved and the first stage of #EndSARS achieved, we can now discuss reforms. ALL the officers from the dissolved SARS would need to undergo psychiatric evaluation before being deployed anywhere else. Any one unfit or with a record of abuse should be sacked. https://t.co/hrSqjUftlK

The House of Representatives had also pledged a new law that will hold erring police officers to account and ensure they are “held in the highest standards of professional conduct”.

The IGP had also promised a “citizens and strategic stakeholders forum to provide an avenue for citizens to regularly interface and advise the police authorities on issues touching on the general public”.

THE NEXT STOP FOR SARS OPERATIVES

Amid concerns that the police personnel under SARS may continue to operate especially as they are not easily identifiable, there are calls for an executive order and possibly a law to legalise the proscription order.

However, checks have revealed the anti-robbery squad is not a creation of law.

It was reportedly set up in 1992 by Simeon Midenda, a former police commissioner, who once said he had been asked to “set up an anti-robbery team strong enough to make sure robbers were dislodged from Lagos”.

Although  the number of SARS operatives in the police could not immediately be confirmed, they are believed to be in their thousands and would likely end up in police formations with similar mandates and mode of operations.

Until the reforms are introduced, the directive to redeploy SARS operatives to other units may just be a scratch on the surface while the real issue is untouched.