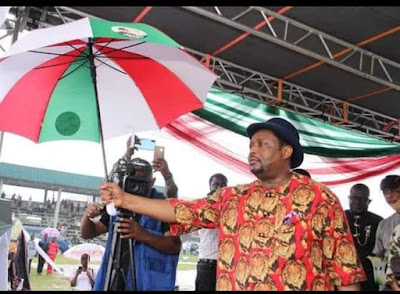 An ally of the Minister of Transportation, Rotimi Amaechi and former Commissioner for Health in Rivers state, Dr. Sampson Parker has dumped his former boss to align with Governor Nyesom Wike.

Parker and Amaechi have shared over 15 years of friendship.

Parker, who held sway as Commissioner for Health in Rivers State under Amaechi for 8 years, said this when he led his followers to defect to the Peoples Democratic Party, PDP, in Okochiri, Okrika Local Government Area of the State.

The former Commissioner described his defection as home coming to the PDP family, stating that his conscience and soul are at peace with his decision.

He declared that following Amaechi to the All Progressives Congress, APC, was a mistake.

He said, “There comes a time in the life of a man when he is called by man and God to make decisions that are right but may not be popular. Those are pivotal times in the life of such an individual when he must look into the deep recesses of his heart.