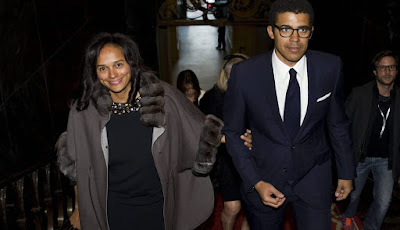 His death was confirmed in a tweet by Michée Mulumba of the Congolese president’s office, Felix Tshisekedi.

Paying tribute, Mulumba said, “It was during a scuba diving that you left for eternity.

“A habitual activity that tore you from your fight, from your loved ones. Rest in peace, dear,” he said.

Also, Africa Facts Zone, in a tweet via its official Twitter account on Friday said the Congolese businessman and art collector died in a diving accident in Dubai on Thursday, October 29.

“He and his wife were being investigated over a $1.136 billion mismanagement of state funds.

“Their assets were frozen over this in December 2019.

“He owned 3,000 pieces of contemporary African art,” the tweet read.

Following investigations into the alleged mismanagement of state funds, the couple moved to Dubai in early 2020.

Their assets were frozen in December 2019 over allegations of diverting properties from the Angolan government. 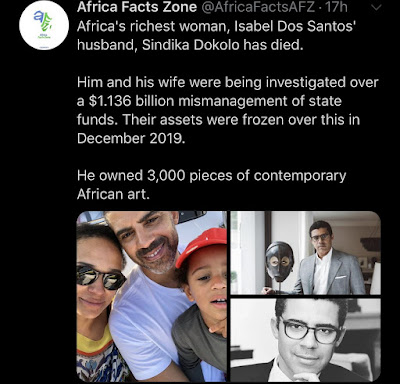 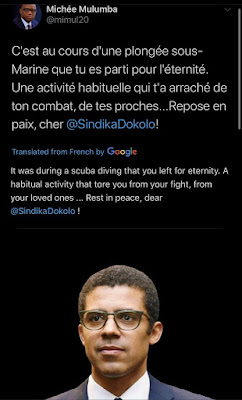