Your counsel has helped APC – Buhari sends message to Tinubu 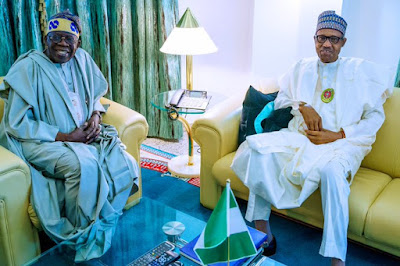 Buhari joined family, friends and political associates to celebrate the milestone, which he said was adorned by many years of service to the nation and humanity.

The president’s message was contained in a statement signed by his spokesman, Femi Adesina.

Oluremi Tinubu is the Senator representing Lagos Central at the National Assembly.

However, the message forwarded reads: “The President salutes the senator, who has been re-elected three times to represent Lagos Central, for her courage and tenacity in many daunting situations, and remaining consistent in her passion for inclusivity, particularly as it relates to women and children, who constitute majority of the population, yet rank high on vulnerability.

“President Buhari notes, with gratitude, the loyalty and dedication of Sen. Tinubu to the growth of the governing party, All Progressives Congress, and her contributions to strengthening leadership structures at various levels, always providing wise counsels and advocating middle ground reconciliation in favour of greater good for greater majority.

“As the senator turns 60, the President believes the stage for better and more rewarding service has been set, with all the experiences gathered over the years from the Lagos State Government House, and as a ranking member the National Assembly.”

President Buhari prayed for strength, good health and wisdom for the graceful matriarch of the Asiwaju Bola Tinubu family.