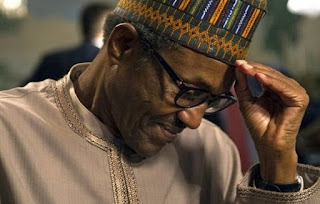 A Chieftain of the New Nigerian Peoples Party, NNPP, Olusegun Bamgbose, has described President Muhammadu Buhari’s declaration of lifting 100 million Nigerians out of poverty as pure fallacy, unrealistic and tantamount to giving false hope to the people.

Recall that Buhari, in his recent address, at the retreat for Ministers, Permanent Secretaries and other top government officials, informed Nigerians of his administration’s readiness to lift 100 million citizens out of poverty in the next 10 years.

“This is pure fallacy. It’s basically unrealistic. It’s tantamount to giving Nigerians false hope,” the senior lawyer said in a chat with Dailypost on Friday.

“How did he get the additional 10 million Nigerians?” He wondered.

Bamgbose said that this was an indication that the statement lacked merit but was just politically motivated to deceive innocent Nigerians and give them false hope of a better future, when there is absolutely no concrete plan to achieve it.

He wondered how many Nigerians the administration can boast of lifting out of poverty in the last five years, while cautioning the President to desist from giving Nigerians false hope.

“Nigerians can’t be fooled any longer. In the same retreat, the President urged his Ministers to blow their trumpets, that they have achieved much,” he added.

“This is laughable, because there is no trumpet to blow, except that of hardship, poverty and sufferings. Poor masses are in pains as a result of the hike in electricity tariffs and fuel pump price.

“Poverty is on the increase. Unemployment is yet to be decisively tackled, insecurity everywhere. Which trumpet will the Ministers blow?

“The most appropriate thing for him to do is to sack them, it’s overdue. The statement credited to President Buhari at the retreat, ‘I have to charge all of you to defend the government vigorously and not to allow any IRRESPONSIBLE and politically motivated statements….’

“To say the least, this statement is unpresidential. The President calling critics, irresponsible, is unjustifiable.

“Critics deserve apology for this. In May 2013, Buhari asked Jonathan to resign and give way to a competent hand to govern the country.

“In 2012, Buhari was quoted to have said, ‘the dog and baboon would all be soaked in blood’ if the election was rigged.

“He expressed himself freely without anyone calling him irresponsible, why then should he now refer to his critics as irresponsible.

“This is not justifiable on any ground. He has to apologize to the critics. President Buhari should be informed that he is democratically elected as President of Nigeria and he swore to defend the constitution.

“The constitution guarantees freedom of speech and expression. This is never a military regime. Nigerians should be free to express themselves without any fear of molestation and harassment whatsoever. I call on the President to be cautious in addressing his fellow citizens,” he stated.