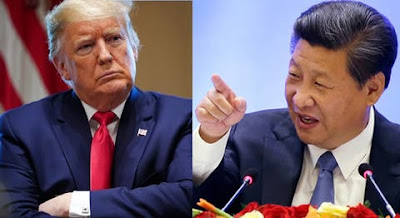 President Donald Trump on Monday said the relationship between the United States and the World Trade Organisation had become much better following his rough stance against international organisations that were unfair to the US.

“We are looking at WTO. They have become much better. They have been very nice to us lately, I would say that, amazingly.

“We never used to win anything at the WTO, we were losing every case, but all of a sudden we won a lot of cases.

“We just won seven billion dollars, and they are talking to us much differently than they used to because if they don’t shape up, we are going to shape out, that’s all,” Trump stated at a news conference outside the White House that coincided with the US Labour Day celebration.

According to him, the WTO treats China as a developing nation, and the US “as a nation that is fully developed”.

He cited the US-China trade agreement signed by the Obama administration under WTO conventions, describing it as one of the most disastrous trade deals in history.

“We did, but their rules were easier because they are considered a developing nation. So, their standards are much lower, but even at that they didn’t play by the rules,” he noted.

Trump said the US lost millions of jobs and billions of dollars to China under the deal, which his administration had renegotiated.

No country has ever cheated America as China did for many years and decades, the president said, adding that the US was getting nothing other than losses.

“But China was taking our money to build their military. You see they are building a very powerful military. We are lucky I am building ours otherwise we would be dwarfed right now by China,” he said.

Reiterating his claim that China would own America should Joe Biden wins the November 3, 2020 presidential election, he said his administration was working towards decoupling the US and Chinese economies.

“So, when you mention the word decouple, it’s an interesting word. Under my administration, we will make America enter the manufacturing superpower of the world that will end our reliance on China once and for all.

“Whether it’s decoupling or putting in massive tariffs like I have been doing already, we will end our reliance on China because we can’t rely on China,” he added.