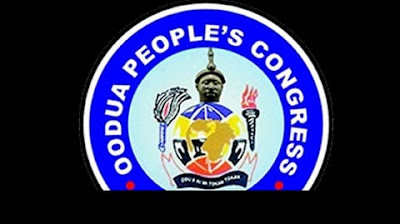 The Oodua People’s Congress said its members have arrested four suspected terrorists and kidnappers at the Old Oyo National Park.

The Coordinator of OPC in Oyo State,  Rotimi Olumo,  who said this in an interview with our correspondent in Ibadan on Monday, added that four AK-47 rifles were recovered from the suspects.

Olumo said the suspected terrorists had been handed over to the Police Area Commander in Igbeti.

The state Police Public Relations Officer, Mr Olugbenga Fadeyi, gave the confirmation  in a text message to respond to  the inquiry of our correspondent.

The.message read, “On September 20, 2020, around 7pm, a combined team of the police and vigilante groups encountered bandits in the forest in the Igbeti Kisi areas in their hideout and three suspects were arrested while some escaped with bullets wounds.”

The PPRO added that Special Anti Robbery Squad was investigating the case.

The PPRO added that the Special Anti-Robbery Squad was investigating the case.