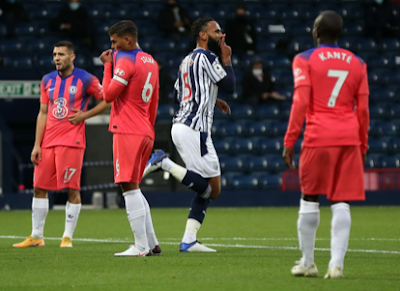 Chelsea striker, Timo Werner, has said he is “absolutely unhappy” with the team’s performance, following their 3-3 draw with West Brom on Saturday.

The Blues went into half time 3-0 down, conceding three times after just 27 minutes at the Hawthorns.

It left Frank Lampard’s men staring at a second consecutive defeat in the Premier League.

But Chelsea battled back after the break and goals from Mason Mount and Callum Hudson-Odoi handed them a lifeline, before Tammy Abraham scored the equalizer in injury time.

Werner is still searching for his first Premier League goal since moving to Stamford Bridge in the summer and the German striker says he has mixed emotions following the draw against West Brom.

He wrote on Instagram: “We never give up Chelsea! Absolutely unhappy with our performance but great fighting spirit.” 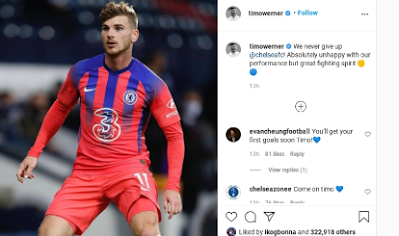