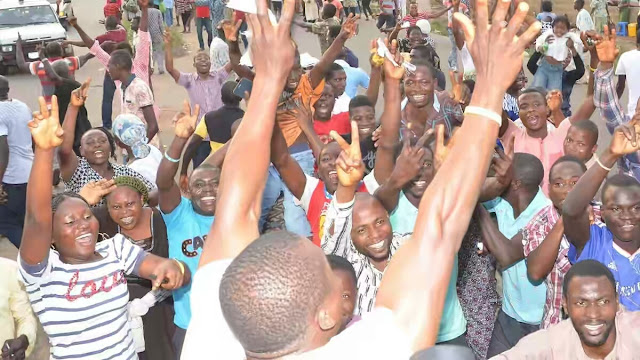 There was massive jubilation in Benin City, capital of Edo State and other major cities of the state on Sunday as the Independent National Electoral Commission declared Governor Godwin Obaseki winner of the governor election.


People took to the streets, singing and dancing in celebration of Obaseki’s victory.

At the Ramat Park, close to INEC headquarters, a large crowd waited anxiously for the final results to be announced by INEC, following expectations that the governor would win.

They were not disappointed as they took to the streets in jubilation shouting “Edo No Be Lagos”, “Ogba Boo”.

The celebration continued at the state Government House, as staff of the complex and other supporters sang and danced.