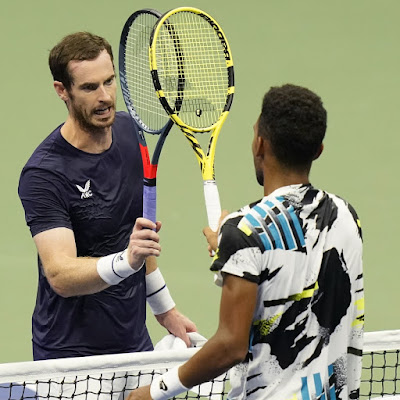 Auger-Aliassime went on the offensive from the start and seized control by making the 2012 U.S. Open champion, who has had two hip surgeries, move all around the court.

Murray came back from two sets down to beat Yoshihito Nishioka in four hours and 39 minutes in his opening round, but it was different for him this time around.

He did not have the strength or stamina to script another comeback and suffered four breaks of serves in the match.

Auger-Aliassime, who will meet either Briton Daniel Evans or Corentin Moutet of France next, did not face a single break-point.

He hit 52 winners, compared to the nine managed by the Scot, who was playing his first Slam since the 2019 Australian Open.