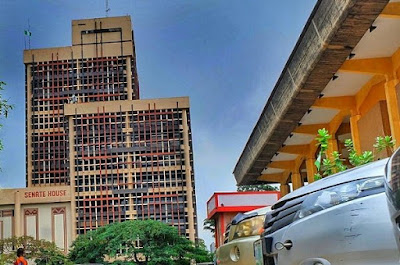 The Senior Staff Association of Nigerian Universities (SSANU) and the Non-Academic Staff Union (NASU) at the University of Lagos (UNILAG) have backed Oladejo Azeez, the institution’s registrar, who refused to carry out a directive by the ministry of education.

According to Nation, the unions alleged harassment on Azeez by the Academic Staff Union of Universities (ASUU) in a joint memorandum to the panel investigating the crisis in the university.

In the memo, which was submitted last Wednesday, they claimed ASUU attacked the office of the registrar as he had refused to carry out directives on the selection of an acting vice-chancellor.

Faulting ASUU for declaring Wale Babalakin, who was suspended as pro-chancellor, a persona non grata, they also expressed confidence in his leadership as chairman of the governing council.

“The Joint Action Congress (JAC of SSANU and NASU) sees the assault on the office of the registrar as unfair, unacceptable and condemnable,” the two unions wrote in a joint memo.

“The assaults included: a) Usurpation of Registrar’s duties; b) Verbal attack on Registrar’s person by ASUU as read in newspapers, just to ridicule the office.

“ASUU needs to be more urbane in its pronouncement. Declaring the Pro-Chancellor Persona non grata was rather unfortunate.

“The Visitation panel must understand that JAC of SSANU and NASU is pleased with the Council led by Dr. Wale Babalakin for the obvious reason that he was committed to staff welfare issues.”

In turn, ASUU faulted the registrar for trying to stop UNILAG’s senate from meeting to select an acting VC, alleging he tried to lock members of the senate out of the auditorium on August 24.

Babalakin had earlier appeared before the federal government’s visitation panel resolving the crisis rocking UNILAG alongside the branch leaders of ASUU, NASU, and NASU in the varsity.