Two arrested as Gbagi, ex-minister, is accused of stripping hotel workers over N5k 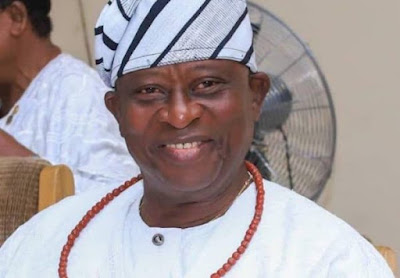 Two people who allegedly stripped employees of a Delta hotel owned by Kenneth Gbagi, a former minister of state for education, in a theft case have been arrested.

Onome Onovwakpoyeya, a spokesperson of the police command in the state, disclosed that the duo were arrested and brought into custody on Friday.

“They said they stripped some people naked. Two people that were allegedly involved in this act have been arrested. The arrests were made sometime around yesterday,” he said when contacted on Saturday.

Also corroborating with Onovwakpoyeya, Hafiz Inuwa, the state’s commissioner of police, said he is, however, yet to be briefed about the investigation.

“That is the information I have. I’ve not gotten in touch with those investigating. I’m yet to hear if there’s any development. The report that two were arrested is the only information I got,” he said.

The internet was earlier awash with reports that Gbagi, who is nursing a governorship ambition in 2023, arrested and sued four of his hotel staff for allegedly stealing the sum of N5,000.

The incident happened on September 18, while the accused employees were identified as Gloria Oguzie, Victor Ephraim, Rosslyn Okiemute and Achibong Precious.

It was alleged that before they were whisked away, the four were stripped naked while they were photographed in the presence of the police after which the nude videos went online.

One of the employees who spoke to BBC said it all started after a customer made a transfer of N45,000. She said N20,000 out of the money, which the four shared N5,000 each, was meant as tip to the employees.

She also said she had paid N25,000, which was the cost for a room, into the hotel’s account but Gbagi summoned her and requested that the money be refunded to him.

“He ordered policemen to follow me to my desk and get my phone and ATM card. When we got to his office, he ordered the accountant to withdraw from my account at gunpoint,” the lady claimed.

“He did the same thing for the second person and withdraw N161,000 from her account and N111,000 from the third person’s account. He also collected N2,000 from the fourth employee.

“After that, he ordered us to enter a warehouse opposite his office and asked us to strip naked. He paraded us around the hotel, took us to the restaurant, and told his 15-year-old son to record.”

“Those people were swimming. We will issue a proper address later. No such thing happened. They’re not even my staff. They’re people looking for work,” he claimed.

“I’m a former chairman of the Legal Aid Council of Nigeria. So how would I do such thing as to strip people naked? All that is political nonsense. It’s rivalry ahead of the governorship election.

“They have no employment letters as we didn’t employ them. We know the people using them and we will respond appropriately. I have six daughters. I can do no such thing.”