There’s nothing like husband snatcher in Islam -Actress Lizzy Anjorin 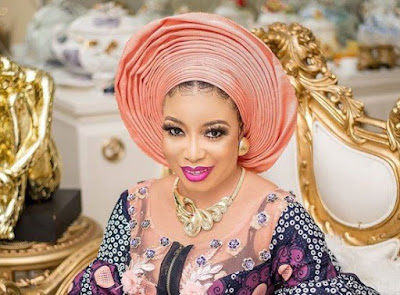 Lizzy Anjorin, a Nigerian actress better, says the term “husband snatcher” does not exist in the Islamic religion.

The movie star aired her opinion on marriage values via Instagram on Wednesday, where she also said that even a court wedding in Islam doesn’t prevent polygamy.

“Ladies be aware that in Islam nothing like HUSBAND SNATCHER,” the Nollywood star wrote.

“Even as ordinary girlfriend to my Muslim brothers you’ve automatically become wife if you now officiate your relationship with NIKAI you don become authentic wife.

“Doing court wedding in Islam doesn’t stop our brother from marrying another woman. My dear sister the only way you can be well honor with huge respect is to be your husband shoulder with your stand.”

Anjorin had made the headlines after she dismissed claims that Lateef Lawal, her husband, was previously married to four wives.

“I have first and foremost been a very good friend to my husband for a whole fourteen years, this means that I know all of his activities, whom and who he has dated and been with,” she had said.

“Marrying my friend of over fourteen years means he is a good man and generous man, but the reason he did marry them legally is known to him alone.

“I state to counter the lies surrounding my recent marriage to my lovely husband. Being a public figure, I should have to live by example as such be conscious, mindful and careful of what I do.”