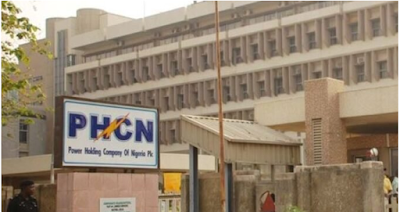 Former staff of the defunct Power Holding Company of Nigeria (PHCN) say they are yet to be paid their outstanding allowances.

The outcry comes less than one month after the Bureau of Public Enterprises (BPE) said in August that it spent N409.9 billion on payment of severance and death benefits of the workers.

The unbundling of PHCN in 2013 marked the privatisation of the power sector.

But the workers, in a statement by Yinka Adeyemo, general secretary of the association of former staff of PHCN, claim that seven years after, about 50,000 workers are still being owed.

Adeyemo, who noted that many of the workers are languishing in poverty, called on President Muhammadu Buhari to come to their aid.

The association said the outstanding benefits included “short payment of severance and gratuity, 7.5% pension counterpart [funding] by the Federal Government of Nigeria, 10% equity, post retirement training allowances, 16 months entitlements, including the pension counterparts of both employees and the employer, and insurance”.

“Furthermore, there is still an unresolved controversial 2% deduction from the severance package of all former staff of the defunct PHCN to the two in-house Unions in 2013,” the statement read.

“This has hitherto generated untold hardship for the former staff who are soberly and passionately pleading with President Muhammadu Buhari to rescue them from penury and early grave.”

The association added that it came into existence as a result of the “insensitivity of the leadership of the two in-house Unions to the plight of the disengaged staff that are dying daily”.