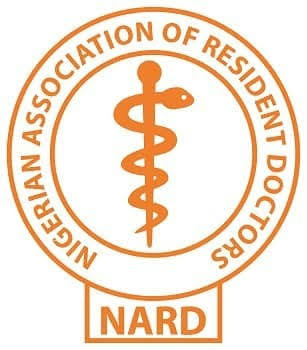 Nigerian Association of Resident Doctors, NARD, has enjoined local chapters where the conditions of service has not improved to continue with the industrial action at the respective States.

The NARD had in its National Executive Council, NEC, resolved to suspend the ongoing indefinite nationwide strike from today, Friday, 11th of September 2020, by 8 a.m.

Dr. Sokomba Aliyu, Dr. Bilqis Muhammad and Dr. Egbogu Stanley, President, Secretary General and Publicity/Social Secretary, respectively in a communique issued at the end of its virtual National Executive Council, appreciated Nigerians for standing with them during the period of its industrial disharmony.

The NEC noted the commitment of President Muhammadu Buhari-led government to procure Group life insurance, while appreciating the inclusion of the 2020 Medical Residency Training in the revised 2020 budget and the promise of the Federal government to effect payment within two weeks.

The NEC noted with satisfaction that government hats approved the release of 8.9 billion naira to offset the outstanding balance of April/May and June COVID-19 hazard inducement allowance to all health workers.

According to the communique, “NEC noted the decision of the government to determine revised hazard allowance as soon as possible.”