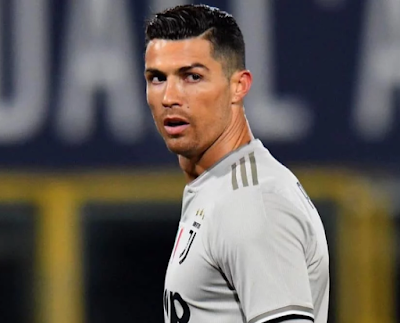 Portugal captain, Cristiano Ronaldo, was reprimanded for not wearing a face mask during his side’s UEFA Nations League 4-1 victory against Croatia on Saturday night.

Ronaldo was ruled out of the game against Croatia due to a toe infection that has been likened to a bee sting.

The Juventus forward had to be reminded to put a mask on as he was forced to watch his country defeat Croatia from the stands, thanks to four goals from Joao Cancelo, Diogo Jota, Joao Felix and Andre Silva.

During the match, Ronaldo unavoidably drew plenty of attention after a stadium official was filmed approaching the Juve No. 7 to remind him to put on a face mask as part of COVID-19 protocol.

While seemingly not too pleased by the distraction, the Juventus 35-year-old quickly complied and put on a face mask as he watched the remainder of the game.

Ronaldo will now hope to recover fully before Portugal’s next fixture against Sweden on Tuesday.