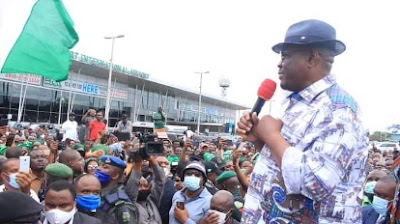 Rivers State Governor, Nyesom Wike was received to a rousing reception at the Port Harcourt International Airport on Sunday after successfully delivering Edo State to the Peoples Democratic Party, PDP.

He was received by the Deputy Governor, Ipalibo Harry Banigo, leaders of the PDP, State Lawmakers, members of the State Executive Council, and a host of others, including women and youth groups.

The Governor’s supporters converged to celebrate the party’s victory in the just concluded Edo governorship election, in which Wike served as the National Chairman of the campaign council.

Speaking at the Port Harcourt International Airport Wike, commended the Independent National Electoral Commission (INEC) and the police over their conduct during the Edo Governorship Election.

The Governor also commended the people of Edo State for ending godfatherism with the re-election of Governor Godwin Obaseki.

“With the re-election of Governor Obaseki, the entire South-South region is now completely PDP.

“What this means is that the entire South-South can now speak with one voice on issues concerning us,” he added. 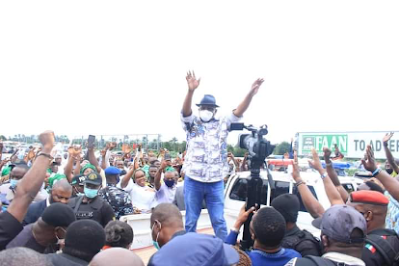 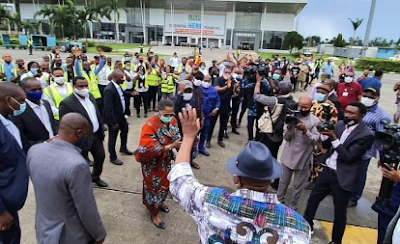 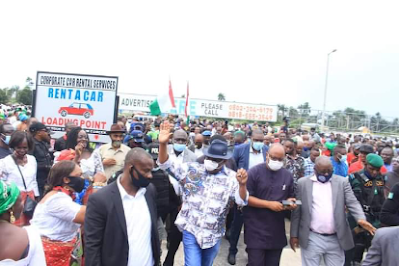