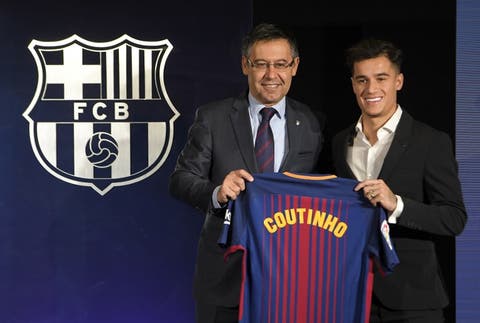 Bayern Munich formally bid farewell to Brazil playmaker Philippe Coutinho on Wednesday after his year-long loan deal from Barcelona expired with the newly-crowned European champions declining, as expected, to sign him permanently.

“With his creativity and excellent technique, he livened up our game in this triple-winning season,” said Bayern chairman Karl-Heinz Rummenigge, who made it clear last month they would not bring Coutinho to Munich permanently.

The 28-year-old rebooted his career in Bavaria after a frustrating period in Barcelona following his high-profile transfer from Liverpool in 2018.

Coutinho netted 11 goals, creating nine more, in 38 games for Bayern, including scoring twice in the 8-2 mauling the Germans handed his club Barcelona in the jaw-dropping Champions League quarter-final.

He also came on as a second-half replacement in Bayern’s 1-0 win over Paris Saint-Germain in the Lisbon final.

Having paid 8.5 million euros ($10 million) to have Coutinho on loan, Bayern opted not to use the buy option of 120 million euros.

“Making any further investments of this magnitude in these difficult economic times… are also difficult for us,” Rummenigge said in mid-August.

However, Coutinho seems to have a future in Barcelona as new head coach Ronald Koeman reportedly phoned him on Monday to assure the Brazilian he is part of his planning for the coming season.